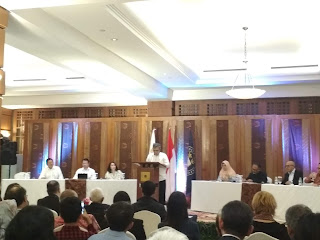 On Friday (5/4/2019) night, after coverage of the Election discussion at the Ashley Hotel, Jalan Wahid Hasyim, Central Jakarta, I was shifted to the evening agenda in the Dharmawangsa area. The event was cool, the anti-corruption debate among Oxbridge alumni (Oxford and Cambridge University) with alumni of the Ivy League campuses in America (Harvard and Columbia University). In addition, there were also representatives of the Jokowi-Ma’ruf National Campaign Team (TKN) and the Prabowo-Sandi National Winning Body (BPN). The two camps were also debating about the handling of corruption in Indonesia, each represented by four people. 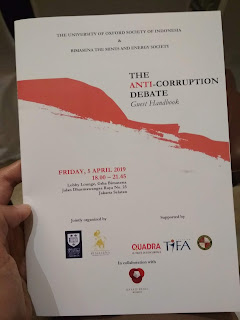 When I entered the event location, I felt inferior because the invitees were cool people who graduated from well-known universities. Finally I was standing alone in a corner because there was no one I knew. I don’t see other journalists as well. Hu Hu Hu. 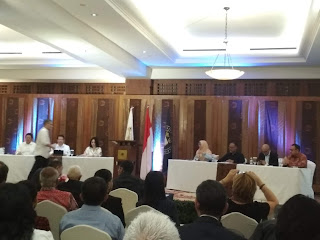 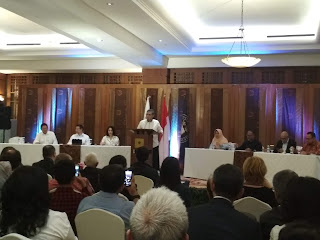 In the TKN versus BPN debate, TKN was represented by Budiman Sudjatmiko, Rio Yovian Haminoto, Agus P Sari, and Dini S Purwono. Meanwhile, the BPN camp was represented by Sudirman Said, Dirgayuza Setiawan, Bambang Widjajanto, and Ledia Hanifa. The two teams presented their views regarding corruption in Indonesia and the solution.

The two camps also conveyed the work programs of their respective champions related to corruption eradication in Indonesia.

In his initial presentation, Budiman Sudjatmiko said one way to prevent corruption was to propose funding for political parties by the state. The condition is that political parties must be transparent and have clear accountability as other state-funded institutions. 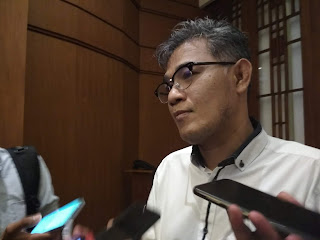 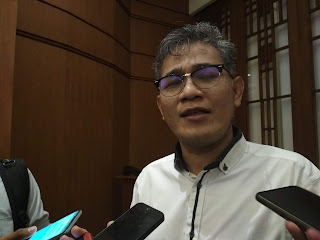 After the event finished, we had a door stop with Budiman Sudjatmiko. We asked for his response regarding the threat of people power that was conveyed by Amien Rais. Also about several other issues.