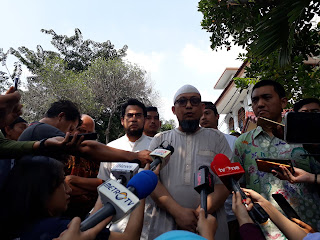 Novel Baswedan is one of the law enforcers in this country that I idolize, after Artidjo Alkostar. The public understands, Novel, who is a senior investigator at the KPK, is a figure of integrity. It was because of her honesty and courage that her eyes became damaged.

Why is it so hard to be an honest person in this country? Why must honesty be paid so dearly with blindness. I think anyone is angry at the crime that befell Novel.

After covering directly Novel premiere from Singapore Last February, I again had the opportunity to meet Novel around his house on the third day of Eid Al-Fitr 1439 H on Sunday, 17 June 2018. On that day, the KPK Employee Forum held a gathering and at the same time held a press conference to question the continuation of the handling of his case.

Novel collect the promise of President Joko Widodo or Jokowi to catch terrorists by pouring hard water into his eyes. More than a year has passed, the fate of the case is not clear. Of course, the public and corruption activists constantly question this case.

At that time the sun was quite hot. Jakarta’s air is very hot. But I’m excited because I’m covering at Novel’s house in Kelapa Gading, North Jakarta. From the boarding house, take Transjakarta and transit at Dukuh Atas 2 to Pulo Gadung. From Pulo Gadung Terminal, connect an ojek.

After the Zuhur prayer congregation at the mosque near his house, Novel held a press conference. Accompanied by the head of the KPK Employees’ Center and his lawyer, Novel stood under a tree where he had been attacked by an unknown person. The distance from his house to the mosque is only a few meters and several houses.

For a Novel class official, I think the one-story house is quite simple. The surrounding atmosphere is quite cool because of the many trees. At that time it was quite quiet because the residents in the housing complex were still going home. There were several families and relatives who were seen coming.

That afternoon my eyes were quite sore when I looked into Novel’s eyes. At that time he opened his glasses and explained eye condition. His left eye was badly damaged. The black pupils were no longer visible, they were all pink or pink. Ouch how evil the culprit is, I thought. 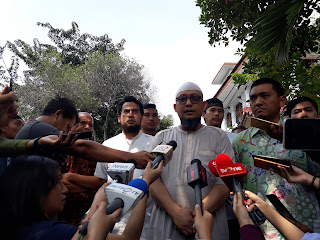 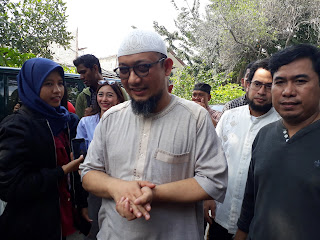 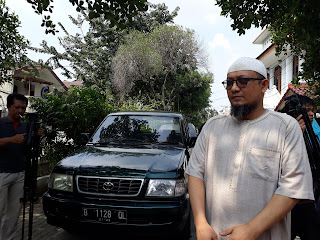 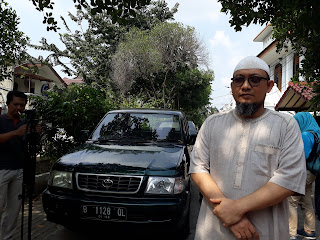 We, the Indonesian people, have to learn a lot from the character of Novel Baswedan. With this eye condition, he is almost totally blind, but he still has a burning spirit to eradicate corruption. He is never afraid of any threats. Its integrity is maintained. He was sure that he was on the path of truth which was why he had no fear because he believed Allah would take care of him.

His name is also a journalist, I was curious and asked the man who was on duty. Said one of the police, since the attack Novel was always guarded when he prayed at the mosque. Go home too.

Hopefully Pak Novel Baswedan will recover soon and be able to return to work at the KPK to eradicate public money thieves. Aamiin.