The story of Eid Al-Fitr 1439 H from Jakarta 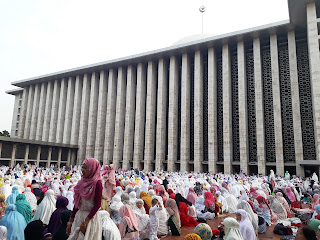 Throughout my life, it was only in 2018 that I celebrated Eid al-Fitr away from my parents. I chose to spend Eid in Jakarta and took the Eid picket. This means that I keep working and covering on the day of Eid until the fourth Eid.

The feeling is normal. Not that you don’t love and miss your parents. Sad for sure. But I can always control my emotional side. Homecoming is important. But the essence of homecoming which is far more important to me is returning to myself. Become a new human. Humans with new habits and keep up the spirit of Ramadan see you next fasting month
On the day of Eid Al-Fitr, I got a reporting assignment at the Istiqlal Mosque. I departed from the boarding house at 06.00 and arrived Istiqlal half an hour after that. The streets of Jakarta were very quiet that morning. I cover the Eid al-Fitr prayers while praying and listening sermon that was delivered KH Abdullah Gymnastiar or Aa Gym. 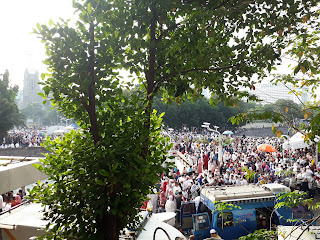 After the Eid prayer coverage, work on the news first and take a short break. Sea of ​​human. The queue for the exit of the mosque was long. Outside, there are many traders. The sun was starting to burn. 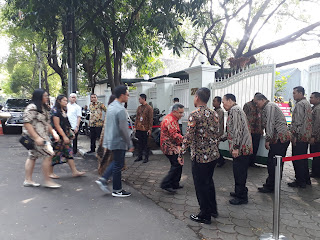 Coming out of the Istiqlal Mosque, I headed to the house of the fifth President of the Republic of Indonesia, Megawati Soekarnoputri. Bung Karno’s first daughter’s house is located at Jalan Teuku Umar Number 27, Menteng, Central Jakarta. I arrived at Mega’s house around 9:30 a.m. and at that time it was still not very crowded and there weren’t many guests arriving.

At some point in front of the house, a “Sorry No Open House” notice board was posted. But still many guests, state officials and important figures came to the house of the PDIP general chairman. 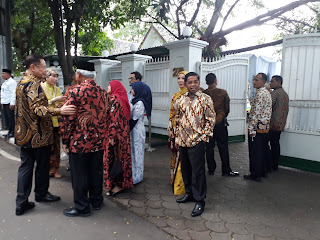 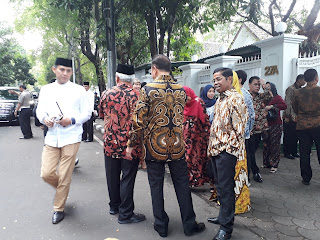 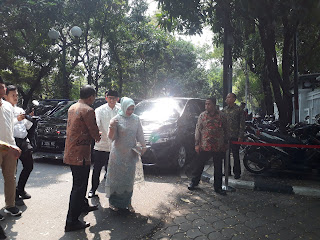 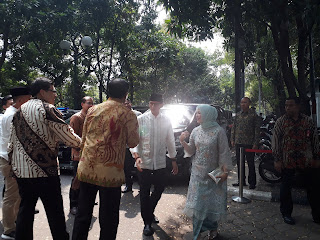 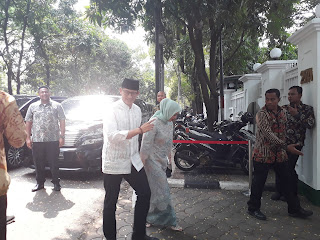 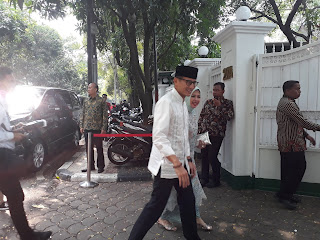 After leaving Mega’s house, in the afternoon he moved to the DPP NasDem office. The distance is only 700 meters. Here I cover until the night, until it’s finished open house which was held by NasDem Head, Surya Paloh. 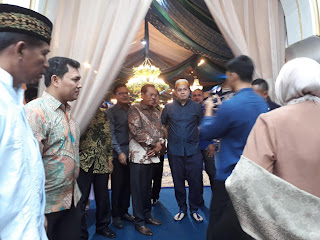 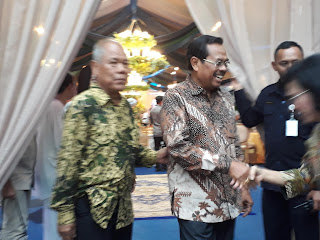 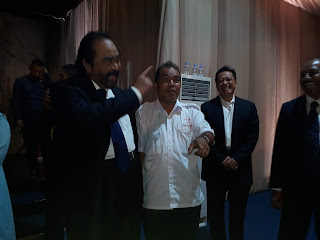 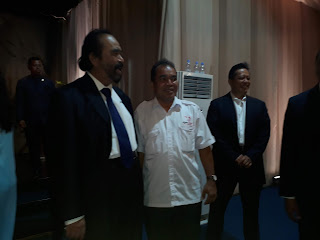 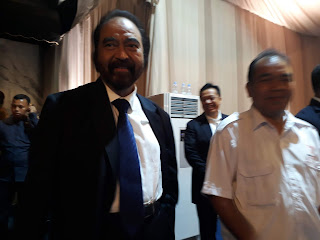 Exit the doorstop Surya Paloh, I returned around 21:00. Take a break because tomorrow we have to cover the second day of Eid. Btw, Surya Paloh is very friendly. That was my first impression the first time doorstop this Metro TV boss.