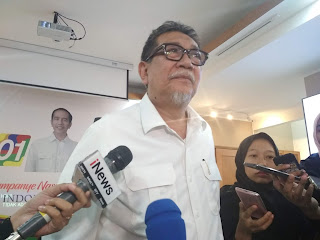 The Jokowi-Ma’ruf National Campaign Team (TKN) routinely hold the agenda of the Anti-Slander or Hoax Movement at Rumah Cemara, the home of the Jokowi-Ma’ruf winning team or some kind of their media center. But this is the first time I have had the opportunity to cover this agenda, Thursday (4/4/2019).

At that time, one of the speakers was an actor and also the former Deputy Governor of West Java, Deddy Mizwar. Deddy Mizwar is also known as Jokowi-Ma’ruf’s spokesman.

Apart from Demiz, the speakers also came from the PBNU, Muhammadiyah and if I’m not mistaken from PB HMI as well. Sorry, I forgot. Hehe

In essence, in this agenda, TKN presents slander or hoaxes aimed at Jokowi. In February 2019, the team recorded around 400 hoaxes against Jokowi-Ma’ruf. 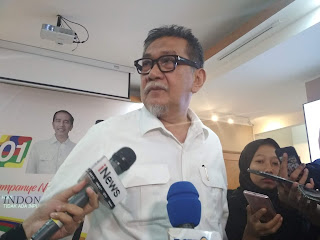 Demiz regretted the various hoaxes that still attack Jokowi. According to him, the way to fight hoaxes is not by participating in spreading hoaxes but by explaining the truth to fight it.

According to him, one of the things to fortify yourself from hoaxes and not participate in spreading it is faith or fear of God. Spreading fake news is certainly sinful and in Islam we are asked to verify every news we hear or trace the truth (tabayyun). 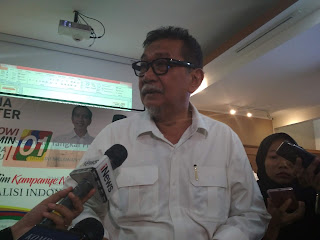