Malaysia is well known as a country that receives a large number of TKI. TKI from Lombok or generally NTB who work in Malaysia are also not small in number. Many of my neighbors and family are also migrant workers in Malaysia. The Air Asia aircraft that we took from Lombok International Airport (BIL) were also dominated by Indonesian migrant workers leaving for Malaysia. In 2015 there were still several members of my family working in Malaysia, to be precise in the Muar area, Johor.

I also took the time to visit them when I went to Malaysia in mid-2015. At that time two of my uncles were working on a coconut plantation there. Incidentally we are going to Singapore via Johor Baru and Muar is an area that we have to go through before we reach Johor Baru. Finally I invited Indri to stop by and stay the night.

On Saturday, May 30 2015, Indri and I left Kuala Lumpur by bus. We took a bus from Bandar Tasik Selatan Terminal. The terminal is amazing it can be grand and clean. We bought tickets to Melaka and we got off at Central Melaka. There, my uncle was waiting for us.

My uncle’s welcome was so warm. We were truly considered guests and were well entertained. From Terminal Melaka Sentral we continued to take the bus to Muar, Johor where my uncle lives and works.

They live in simple wooden houses. There also lived one of my uncle and several people who were also migrant workers from East Lombok. Near where they live there is an oil palm plantation.

At night we were invited to take a walk around the beach which is close to where they live. We enjoyed a seafood dinner by the beach. It was a very exciting experience while listening to my uncle’s story about the lives of migrant workers and their longing for their families back home. Also about their experiences who have been illegal migrant workers.

On the way to the restaurant where we had dinner, the motorbikes we were riding had to pass through a path in the middle of an oil palm plantation. Dark. And only the motorcycle lights illuminate. The road that we passed was also quite quiet from passing vehicles.

At that time, I asked my uncle why many TKI often receive discriminatory and arbitrary treatment. I also asked about the case of a TKI from East Lombok who was shot by the Malaysian police and allegedly had part of her organs removed. According to my uncle, not all migrant workers received this treatment. It really depends on each individual. The point is if we are good in the country of the people they will also welcome us well. 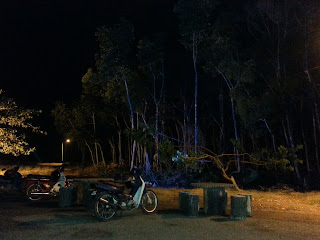 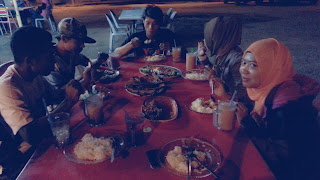 After dinner and exciting chat for about three hours, we went back to the cottage. Indri and I had to rest because the next day we had to leave for Johor Baru to continue our trip to Singapore.

On the morning of Sunday, June 1 2015 we were escorted to the Bentayan Terminal in Muar. From Bentayan, we took a bus headed to Johor Baru and then on to Singapore. Two of my uncles and a nephew accompanied us and we waited for our bus to leave for Johor Baru.

Muar is a port city. There are many old buildings near the terminal that remind me of the old cities of Ampenan and Cakranegara. The passenger waiting room at the terminal is dominated by red, similar to Chinese architecture. 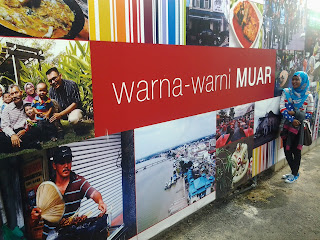 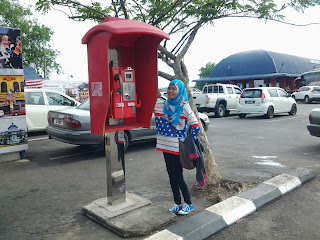 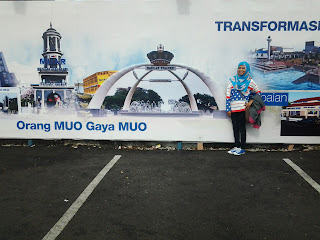 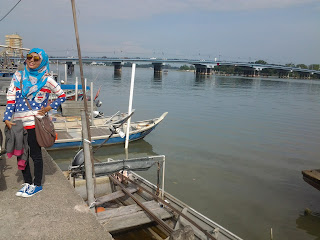 After taking pictures around the terminal, after a while the bus that we were riding immediately left. We also said goodbye to my two uncles and thanked them for their kindness in accommodating us who were traveling without capital. Ha ha ha

Staying overnight at the TKI lodge was the most exciting experience during my trip to Kuala Lumpur, Malaysia. What a very extraordinary welcome and I am very grateful to my uncles. May all goodness always be bestowed on them by Allah.