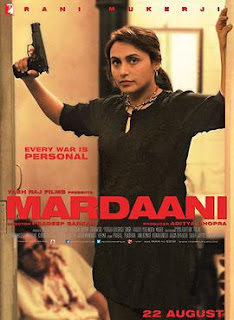 Based on data from the Headquarters of the Highest Commissioner for Human Rights
(Officer of the High Commissioner for Human Rights) About two years ago, there were 1.2 million children sold worldwide for sexual exploitation or sold as commercial sex workers (CSWs). Meanwhile, based on data from the Indian National Human Rights Commission (National Human Rights Commission of India), India is called the largest network of trafficking in children, and 11 thousand others were kidnapped. And it is said that every year about 40 thousand children are kidnapped in India.

Mardaani is one of the dedications shown as an effort to break the chain of trafficking and kidnapping children in India. The story of this film focuses on the efforts of the Senior Inspector of the Mumbai Police, Shivani Shivaji Roy (Rani Mukerji) in uncovering child trafficking cases in India. Shivani worked in the crime department and was known as a policewoman who was clean, didn’t take bribes, and didn’t give up.

Shivani’s hunt for exposing the child trafficking syndicate begins when Pyaari (Priyanka Sharma), a street child who lives in Andheri’s halfway house suddenly disappears. Pyaari has been considered a part of her family by Shivani. He also suspected that Pyaari had not really disappeared but was kidnapped. He also started investigating, assisted by another policeman, Jafar.

As he tries to reveal, Shivani must accept various terrors. One of them is Karan Rastogi (Tahir Raj Bhasin) who is the son of a pimp, Meenu Rastogi (Mona Ambegaonkar). Including Shivani’s husband, Dr. Bikram Roy (Jisshu Sengupta) is humiliated by Karan’s men in order to stop Shivani’s efforts. However, Shivani is undaunted, with the support of her husband, she is determined to find out who kidnapped Pyaari.

Unable to find any trace of this syndicate network in Mumbai, Shivani flew to New Delhi. He also asked the chief of police there to help solve this case. Uncovering a network like this is certainly not easy, especially since there are influential people involved in it so it is very difficult to hunt down. Successfully Shivani proves who is the influential person protecting these syndicates?

Mardaani or meaning a fighter illustrates Shivani’s determination to fight crime in his country. There are no dance scenes throughout this film as is common in Bollywood dramas. This film is an attempt to open the eyes of all parties that crimes against children are around us.