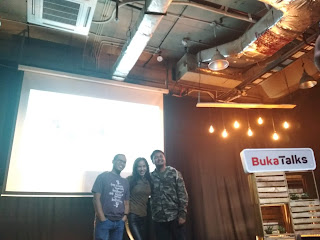 Alhamdulillah, finally the desire to meet my idol writer, Eka Kurniawan came true. On November 28, 2018, I came to the BukaTalks event held by BukaLapak. This event was held at the BukaLapak Building in the Kemang area. Besides Eka Kurniawan, there are also Faisal Oddang and Ayu Utami. I have read these three authors’ books, although not as great as theirs.

Eka Kurniawan’s book that I have read is Like Revenge for Missing to be Paid Completely, A Broken Hearted Woman Who Returns to Find Love through Dreams, O, and Beauty is Wound.

Meanwhile, the book of Faisal Oddang that I have read is just Manurung. But what made me like Faisal for the first time since reading his short story, On Tarra’s Body in a Tree’s Womb. This short story is the best short story by Kompas 2014. Meanwhile, Ayu Utami’s book that I read is only Saman. 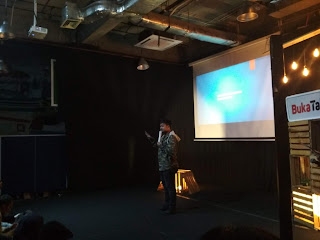 In that event, the writer described the experiences that made them what they are today, becoming writers. I didn’t really listen to Faisal’s explanation because I was late at that time. So I didn’t have time to write it down. 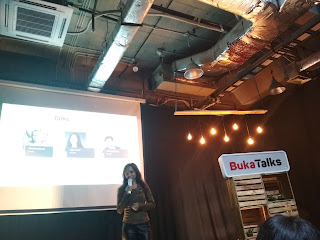 The teacher is very fierce. Especially seeing his beautiful students, he felt insecure or seemed hostile towards him.

2. Women with Impaired Disabilities (WTS). Literally he calls it that, instead of PSK.

3. Orgasm. He found the meaning of this word in the dictionary and found its meaning: anger

4. Down syndrome youth in church.

The kid he met in this church has no friends and he wants to be friends with him. This teenager is 17 years old.

“That’s where I experienced something that shook me. This child has a sex drive. I feel God is unfair and it worries me. Unresolved events that make me wonder whether God is really fair,” he said.

5. Move to Jakarta. On Jalan Sudirman, he met a woman with a disability whom he knew was pregnant every year and it bothered him.

“Was she enjoying herself or was she raped? I don’t know,” she said.

“Five events of anxiety that played a role in my writing,” he said.

“The first three influenced me about language. WTS is a euphemism,” he explained.

Ayu refuses to call her a prostitute because she thinks it is very evil to judge women who become prostitutes who are forced into poverty.

“They are victims, we feel it is polite and educated to call them prostitutes,” he said. 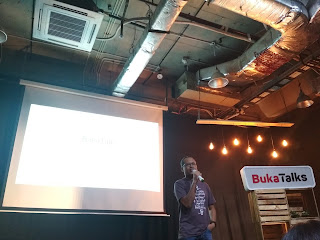 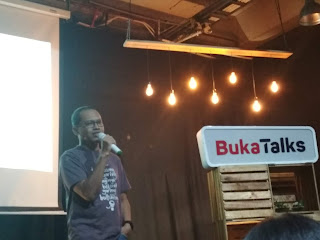 I think the books read that most resonated with Eka Kurniawan later became a writer. He said he never imagined himself to be a writer. He just wanted to read.

“I just read and gertater into it,” he said.

In BukaTalks, he also features several books that influenced him. Most of them are mystery or horror books. He also admitted that he often watched horror films played by Suzanna. Mystery themes caught his attention.

“I especially took pictures of these books after years of trying to see myself,” said Eka. 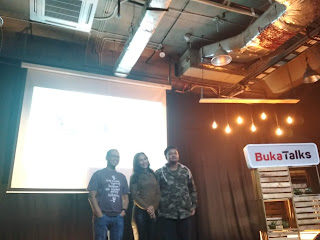 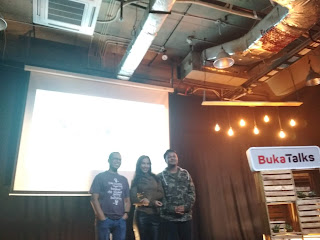 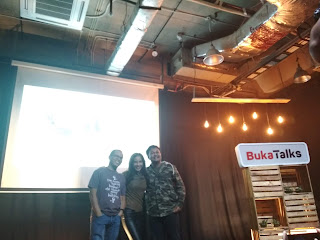