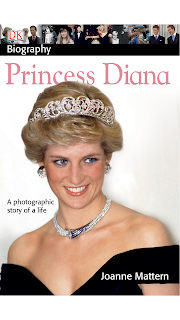 I just finished reading a short biography of Lady Diana or Princess Diana. And that sad atmosphere is still felt today, when I write this note. To be precise, I read the book since Tuesday (3/7/2018) night and I can finish it in the morning.

Diana is a very beautiful and graceful woman. Throughout her marriage to Prince Charles, she has always been in the public spotlight. Camera eyes always follow him wherever he walks.

Her marriage to the heir to the British throne in July 1981 brought worldwide attention. Her wedding ceremony was watched by tens of millions of people worldwide through television broadcasts. But who would have thought, a marriage like in a fairy tale would not make Diana happy. A love story that unfortunately doesn’t end happily.

Diana seemed to endure unrequited love, unrequited love. Even though at first it was Charles who proposed to her and said she wanted to marry her, but it seemed that Charles’s love and heart could not be obtained. How could she bear that kind of love in her marriage?

What was stifling for me was that when he had just gotten married and during his honeymoon, Charles would rather go fishing than accompany his wife. When Diana asked Charles to spend more time together, Charles offered her a philosophy book for Diana to read. Even though Diana was not interested in philosophical sciences. What kind of husband requires his wife to follow his tastes? I was annoyed.

The public knows that one of the triggers for breaking the royal couple’s marriage was the presence of Camilla Parker Bowles. She’s Charles’s ex who she can’t forget and still keeps in touch even after getting married. Diana knew that and had wanted to cancel her marriage a few days earlier. But her brother forbade.

Diana’s patience was exhausted and her feelings of love for Charles evaporated and immediately vanished after she gave birth to Prince Harry. In the book, Charles is told that he really wants a girl. Diana became pregnant and after giving birth it turned out that her second child was a boy. Charles commented, “It’s a boy,” signaling his disappointment.

Seeing her husband’s reaction, Diana said, “My patience has come to an end and there is no more love left.”

This book tells the life of Diana and her background. From adolescence to his death in Paris, Francis. At this part I am sad too. It turns out that Dodi Al Fayed is the son of the owner of Harrods, the UK’s largest shopping chain. Before Dodi, Diana had a relationship with a doctor from Pakistan.

The lesson is that a beautiful story that appears on the surface is not necessarily always happy. Not every fairy tale has an happy ending. We often look their grass are greener while we always forget to pour ours.

Last but not least, rest in peace, My Lady. You had touched million souls. And thank you for that.