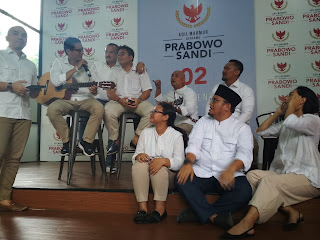 Alhamdulillah, the 2019 Election has been held. This agenda previously made me nervous before determining the assignment on the voting day. We had an editorial meeting at the office the day before the voting, and I was tasked with escorting the vice presidential candidate number 02, Sandiaga Salahuddin Uno. 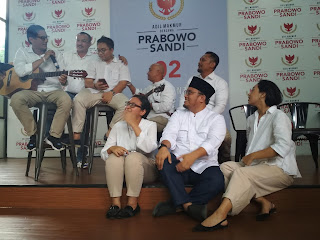 Before leaving for coverage on Wednesday (17/4/2019) morning, there was drama first. From being late waking up, the ojol driver canceled, and because he was late waking up, took a simple shower. Fortunately Sandiaga and his family’s voting location is not too far from the boarding house, about 3-4 kilometers.

Sandiaga and his family voted at TPS 002 on Jalan Sriwijaya, Kebayoran Baru, South Jakarta. Prior to the voting, Sandiaga carried out several activities starting early Wednesday morning, starting from midday prayers and morning prayers in congregation at the mosque near his house.

Thankfully, the editor said that we didn’t need to cover the agenda because our job was to cover the presidential election, not cover prayers. Ha ha ha. I am really happy because I don’t have to leave early in the morning.

Sandiaga and his family walked from their house on Jalan Pulombangkeng, not too far from the TPS. He was accompanied by his wife, Nur Asiah Uno and they were accompanied by prayers by his supporters.

After voting, Sandiaga headed for the media center, which is located about 200 meters from the TPS. There he rested for a moment and he comforted us journalists by singing. Sandiaga and his team sang the song “Kepompong”.

All day I was assigned to oversee Sandi’s entire agenda. At around 11.00, Sandiaga headed to the Ambhara Hotel to monitor the volunteers who were monitoring the vote counting process from various regions. Here he met the BPN Volunteer Director, Ferry Mursyidan Baldan as well as Neno Warisman and Erwin Aksa. From here, I returned to the media center. Fortunately, at that time, I got a ride in a car. Ha ha

Sandiaga was then in Kertanegara, Prabowo’s house, waiting for the quick counting process. The air was very hot and we journalists sat in front of the stage waiting for Prabowo-Sandi to come out and hear their responses regarding the quick count results.

Prabowo-Sandi supporters filled the location. Some of them were shouted at by fellow journalists for taking the space reserved for journalists. 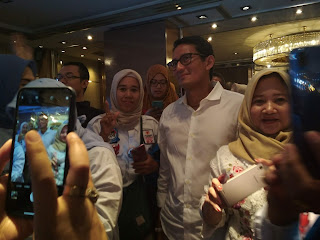 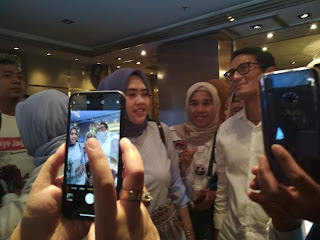 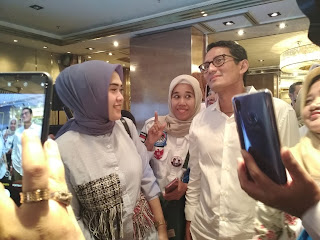 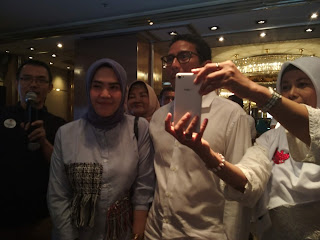 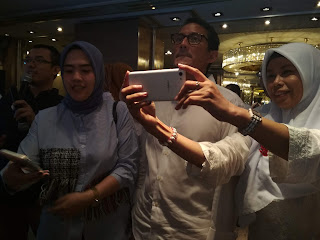 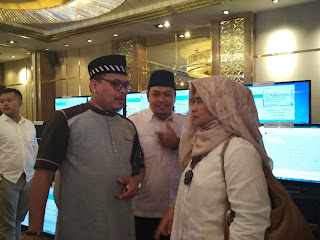 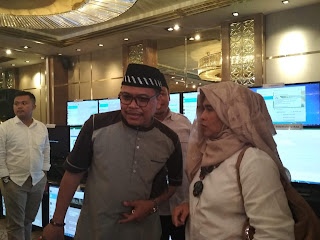 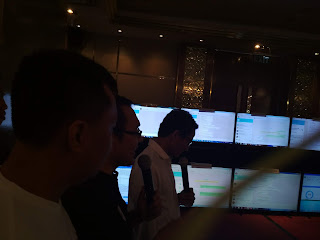 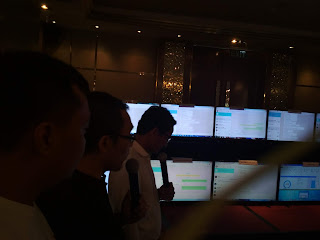 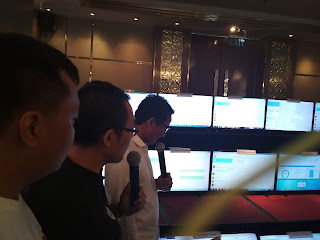 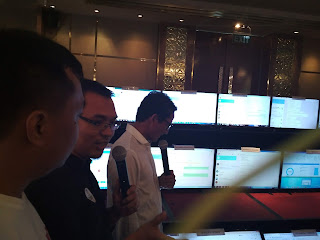 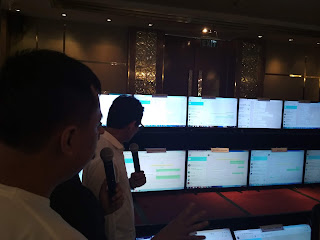 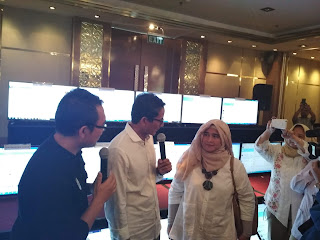 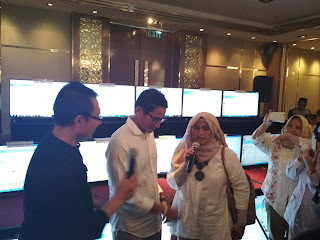 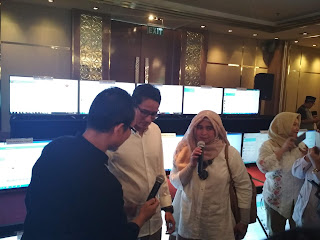 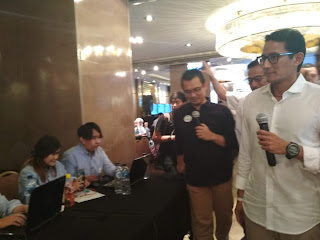 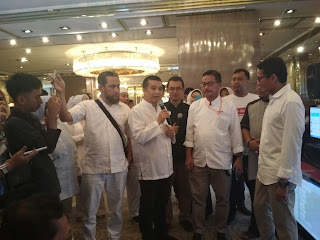 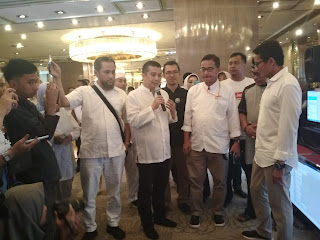 Before Prabowo left, BPN spokesman Dahnil Anzar Simandjuntak conveyed a statement regarding the results of the quick count. Dahnil conveyed Prabowo’s message asking his supporters to remain calm and not be provoked. At around 16.30 WIB Prabowo came out and delivered a speech claiming his victory for the first time. Prabowo claimed to have won 62 percent based on the results of their internal real count. Prabowo’s speech was greeted by shouts of takbir from his supporters.

However, in this first claims speech, Sandiaga did not accompany him. My Korlip called and I was asked to find out why Sandiaga was not there. I then asked this to Ferdinand Hutahaean. He said Sandiaga was still in the process of writing a speech concept that would be delivered after Prabowo.

At 17.15 WIB, I left the location of my coverage because I was told to turn right by the korlip. Alhamdulillah really. I thought I was going to cover until the evening. Ha ha

Alhamdulillah, I can witness firsthand and cover this historic agenda. It will be a wonderful life experience for me. I started to follow this political agenda since the dynamics of the presidential and vice presidential election from each camp. At that time, my coverage was until midnight when Prabowo appointed his running mate, Sandiaga Salahuddin Uno. The days are tiring but a worthwhile experience.

My hope is that the next process will run smoothly. The losing party accepts the KPU’s decision gracefully and gracefully and can provide an elegant example of how to be democratic. 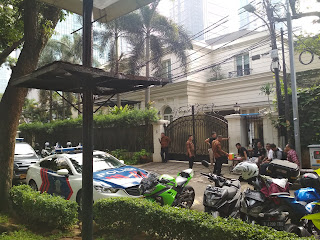 A day after voting, I got my assignment again, I was told to hang out at Sandiaga Uno’s house. I was assigned to find out what happened to Sandiaga why he was not present at the Prabowo victory claim declaration accompanied by prostration of gratitude. Hanging out from morning at 08.00 until sunset, but Sandiaga did not want to meet several journalists in front of his house. We then only interviewed his assistant.