First the coverage of the Plenary Session 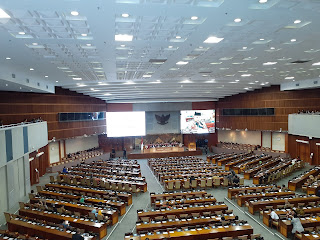 There has been frequent coverage of the DPR RI in Senayan, South Jakarta, but only this time the coverage of the plenary session. This is the first time I have entered the plenary courtroom on Wednesday (8/5/2019) to coincide with the third day of Ramadan.

In the past, I only saw it at Tipi. Now you can see right away. Hahaha. Sorry it’s tacky.

Because it’s the first time that’s why I captured it here. 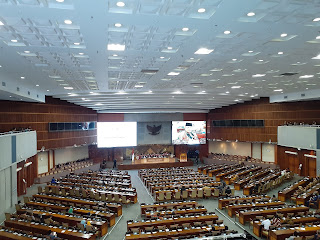 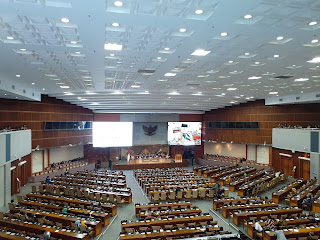 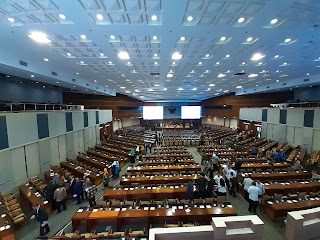 This plenary session this time a number of DPR members highlighted the implementation of the 2019 Election and the Palestinian issue that Israel attacked at the beginning of Ramadan. A number of faction members, namely PKS and Gerindra, proposed the formation of a Special Election Committee.

The basis for the Pansus proposal was due to allegations of fraud and the large number of election officers who had died while on duty. This proposal was rejected by a number of factions such as NasDem, Golkar, PPP, and PDIP.

The faction that refused to call on the DPR to jointly oversee the ongoing recapitulation process and await the announcement on May 22, 2019. 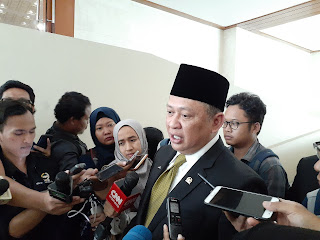 The Chairman of the DPR, Bambang Soesatyo, also stated that he did not agree with the Special Committee. The special committee, said Bamsoet, had a mechanism while the election process was already underway and was just waiting for the announcement.

At the door stop, Bamsoet also stated that he agreed with the government’s discourse to move the nation’s capital. The relocation of the capital is carried out in order to create equitable development.