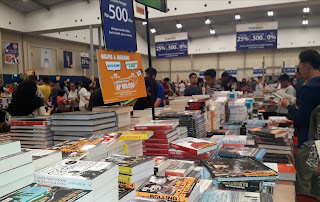 Entering the BSD area, I was amazed by its futuristic city layout. I was like I was not in Indonesia but somewhere over the another planet. 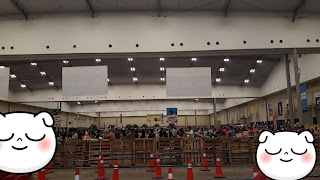 Before traveling to various sections, we ate first at the food court. Various types of food are sold, unfortunately the prices are exorbitant. Grilled rice Rp. 35 thousand, bottled tea Rp. 15 thousand (whereas in minimarkets the price is Rp. 6 thousand), gelato Rp. 25 thousand. Hmmmm. But we bought it because we were hungry. Shopping at this food court does not use cash, but a kind of debit card whose balance we fill at a special counter. If the card still has remaining balance, it can be refunded.

Emi and I were selective, entering a basket and moving from one section to another. I feel like buying everything. 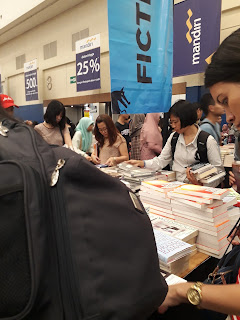 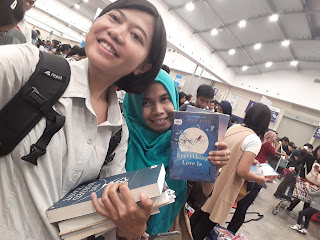 After selecting the book, we corner it and we sort again which book to buy. Because I coincidentally wanted a collection of Nobel laureates, I finally bought four books by Nobel laureates; Mario Vargas Ilosa (Literature), Jose Saramago (Literature), Kazuo Ishiguro (Literature), and Shirin Ebadi (Peace). With another one, I bought a notebook for Seno Gumira Ajidarma’s trip to North Korea, which cost only Rp. 15 thousand. Very happyaaaaaaa. We also left the exhibition arena through Maghrib.

Oh yeah, the first time I came here, the queue to the cashier was really long. It was the longest queue ever happened in my entire life. But don’t feel tired. No exhausted but overjoyed.

It also sells various movie posters and grub band and other pictures which are taped along the corridor leading to the exit. It is fun to make a photo background.

This time I went alone. I also brought supplies; fried and crispy mushrooms. So you don’t need to buy food at the expensive food court.

On my second visit, I only bought two books; Harper Lee (Indonesian edition of Go Set a Watchman) and his book Seno Gumira Ajidarma. The rest, buy a friend’s deposit. 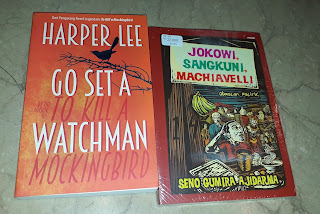 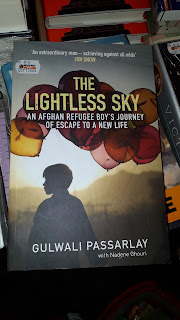 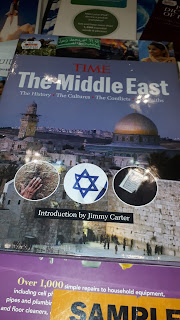 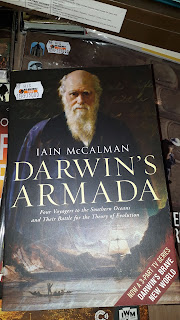 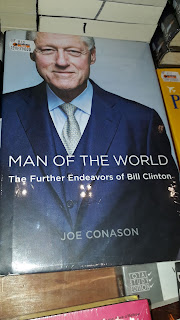 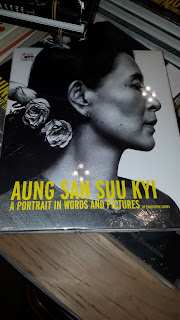 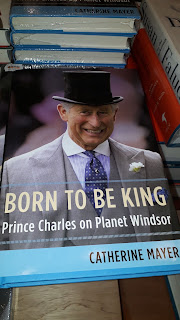 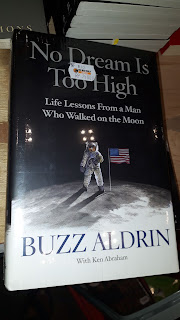 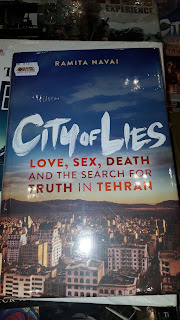 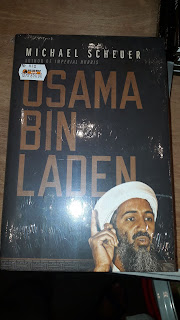 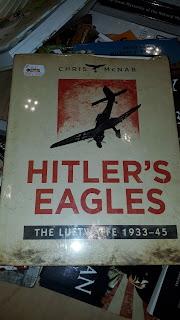 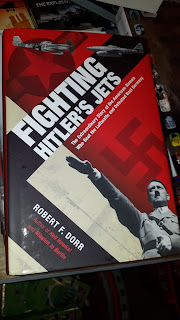 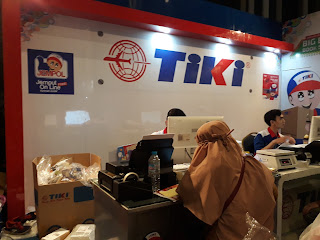 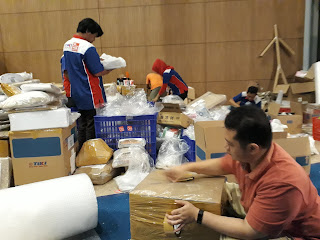 The perfect Saturday night. Because it was late, I went home to nail KRL via Serpong Station and arrived at the boarding house at 23.30.