Exhibition “Founding Letter of the Nation” 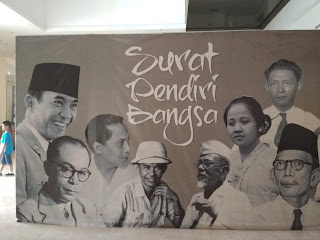 It was fortunate that I was told to report to the National Museum, Sunday, November 18 2018. Initially I planned to come here but didn’t have the chance. Alhamdulillah, during the picket on Sunday, he was told to cover the exhibition “Letter of Founding of the Nation”. I really like this kind of agenda coverage. Heuheuheu 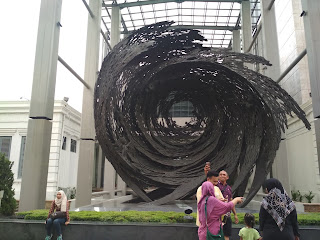 It was very cool that morning because it was cloudy. The National Museum is also very busy. It’s really nice to see enthusiastic people visiting the museum. At the exhibition site, visitors were also very busy. Most of them are school children, maybe because of holidays. But there are also groups of families, parents taking their children on vacation to this cool museum and exhibition. 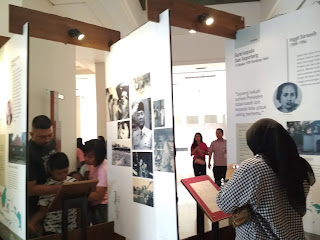 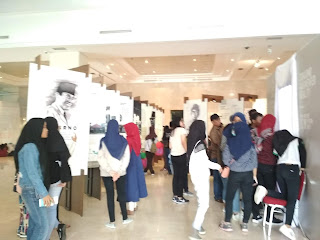 The letters on display are the original handwritten letters of the nation’s founders, namely Soekarno, Mohammad Hatta, Agus Salim, Tan Malaka, Sutan Sjahrir, Kartini, John Lie, and Ki Hajar Dewantara or Soewardi Suryaningrat. These historic letters are placed in glass frames and are complemented by a description in the form of a poster. Because there are letters that are difficult to read and also use Dutch, we can still understand their contents because there are transcripts.

Agus Salim is one of the most reliable diplomats that Indonesia has ever had. He mastered many foreign languages ​​from English, Turkish, French, Dutch, German, Japanese and Arabic. Agus Salim has served as Minister of Foreign Affairs. During the Dutch Second Military Aggression, he was exiled to Sumatra with other leaders. Utoyo Ramelan, the recipient of the letter written by Agus Salim, is the head of the Indonesian representative in Singapore.

Bung Hatta’s letter on display was written for Eduard Post and his son, Gemala Hatta, who was currently studying in Australia. From one of the letters to the Eduard Post, Hatta asked that the book Das Kapital by Karl Marx volume II be sent. The letter to Eduard was written from Banda Neira, Maluku, the place where Hatta was exiled by the Dutch colonialists. Eduard Post is a businessman then living in Amsterdam. 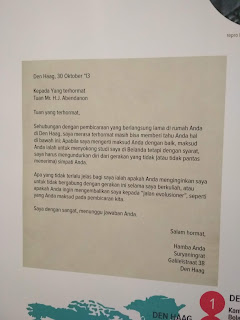 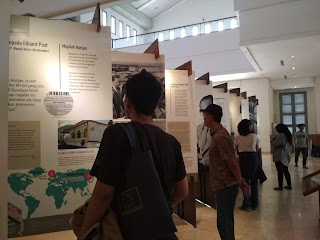 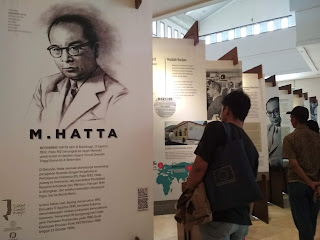 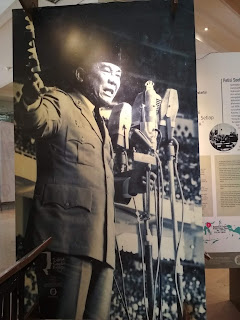 Sjahrir wrote letters to his nephews, Tati and Akkie, who at that time lived in France. The letter was written from Antwerp, Belgium when Sjahrir visited the city. In the letter dated October 28, 1958, Sjahrir asked when his nephews would return to Indonesia. Sjahrir asked them to return to Indonesia so that they could do something useful for the people. At that time, his nephew had been living in Europe for 10 years.

“How many years are you ready to do something useful for our country and our people ?,” he wrote.

Sjahrir advised that after Indonesia’s independence, all Indonesians should make themselves available to do service for the nation. Devoted to the nation, according to him, does not have to be a civil servant, but must provide himself for the people.

While still exiled in Banda Neira, Sjahrir also wrote letters to his nephews, Akkie and Hedda. The letter was dated October 8, 1941. Sjahrir informed his nephew that he had a complete collection of Beethoven 9 Symphony records, Bach, Mozart, Wagner, Strawinsky, Ravel, Schmidt. The LPs were obtained by Sjahrir from a doctor named Van Zanten.

Maria Duchateau is Sjahrir’s wife. Before becoming his wife, Maria was the wife of Sjahrir’s friend in the Netherlands, Solomon Tas. Sjahrir called Maria Mieske.

In a letter written from Digul on September 10, 1935, Sjahrir said he had begun to adjust to the people around him at his exile. However, he admitted to taking a distance from those around him. Sjahrir says his friends are books.

“I accept all the not-so-deep and inevitable nonsense relationships in Tanahmerah. And my only friends are books and newspapers. There is still a lot of obscurity to the people around me. That’s why I want to, deeper into the history of our nation. What is the exact meaning of our cultural traditions? Can it give the deepest understanding of the people’s souls? Sometimes I feel so distant from them, like between two worlds. 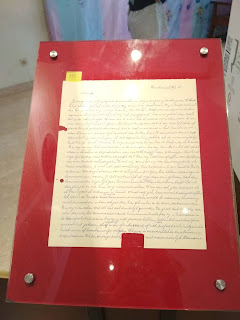 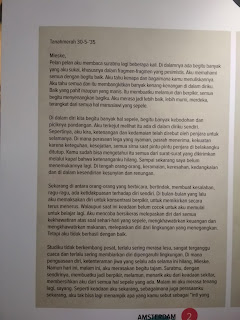 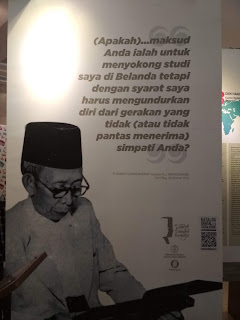 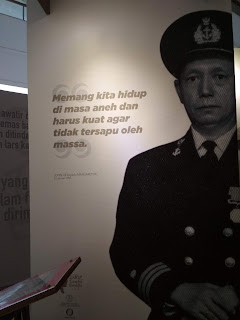 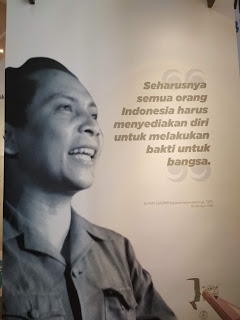 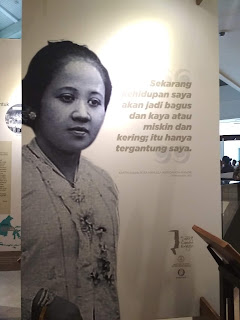 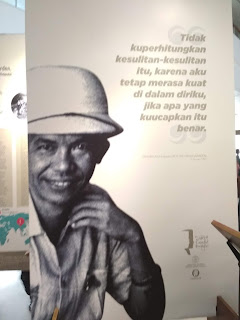 John Lie or Lie Tjeng Tjoan is a hero born in Manado, North Sulawesi on March 11, 1911. After World War II, he joined the Navy and served in Cilacap. He once broke through the Dutch blockade in the Malacca Strait to smuggle bullets and weapons to Indonesian fighters. Lie also played a role in quelling separatist movements such as DJ / TII, RMS, PRRI, and Permesta.

It is said that John Lie always took the time to write letters to his wife, Margareth Angkuw. Margareth was the first woman to graduate from the Jakarta Theological High School in 1955. One of the letters on display was written on January 20, 1958. 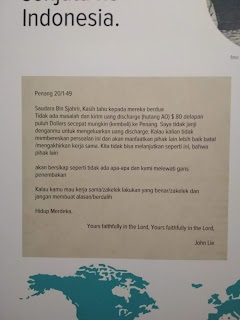 Sutan Ibrahim Datuk Tan Malaka’s letter on display is a letter sent to a classmate at school in Harleem, the Netherlands, namely Dick Van Wijngaarden. The letter was sent from Bussum, a city in North Holland Province. The letter is dated June 6, 1919.

Tan Malaka, also known as the Father of the Republic, returned to Indonesia in 1919. He later became a contract laborer teacher at Senembah plantation, Deli Serdang. His life moved around. He also opened a People’s School in Semarang. 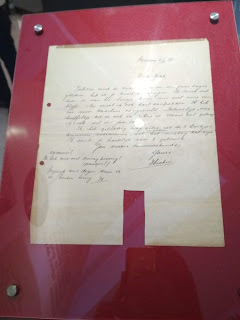 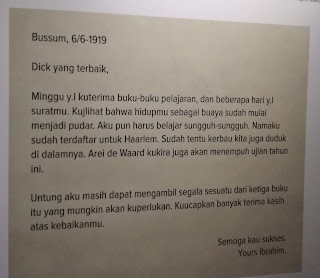 Another letter was also addressed to Dick and was sent from Tanjung Morawa. In the letter dated January 5, 1921, Tan Malaka said that he no longer felt at home in Senembah because he often had conflicts with plantation administrators. He also said he wanted to move to another city. Tan Malaka said there was hope for him if he moved to Medan or Java Island. 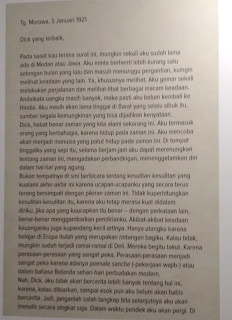 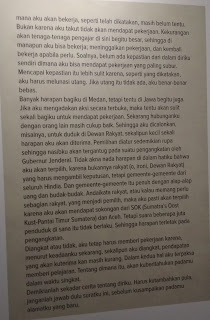 Tan Malaka was very active in the struggle for independence. But his name is not recorded in the history books that we read in the old school days. He was labeled a communist. Even though he was the one who introduced the concept of the republic. Unfortunately he died in the hands of his fellow soldiers. He was executed by Indonesian soldiers in Selopanggung, Kediri on February 21, 1949. Sad. Al-Fatihah for the nation’s heroes.

If you want to watch, click on here. Thanks!