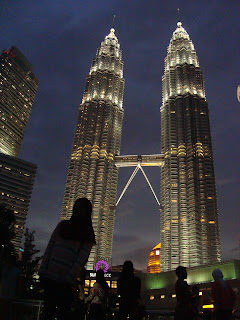 It feels like something is missing when traveling to Kuala Lumpur but we don’t visit the Petronas Twin Towers at KLCC. It is like visiting Jakarta without walking around Monas.

That afternoon, the rain had just finished falling. The atmosphere around the garden is cool and cool. The grass still leaves raindrops. The garden atmosphere is quite crowded. Some sit on benches and some are jogging in the area around the park.

We also did not forget to pose in front of the fountain. A fountain that at night will dance with interesting color gradations. 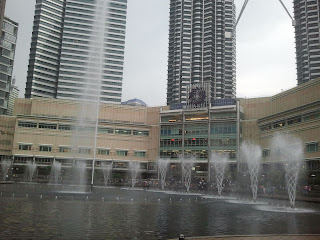 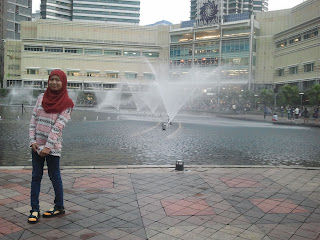 While sitting on a park bench, I munched on fresh blueberries and red cherries that I bought this afternoon at the Merdeka Square. There were also plums I bought at a fruit vendor in Little India. At that time what came to my mind was maybe this is how it feels to be rich. Hahahah

Before evening, Indri and I walked around the park to see people jogging while listening to music. At dusk, we took pictures with the background of the Petronas Twin Towers, where the lights in the building began to light up. It was so magical moment. Dream accomplished. Heheheh 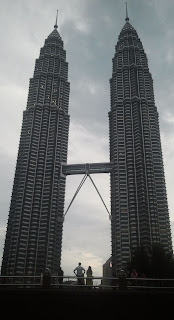 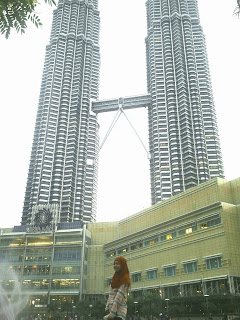 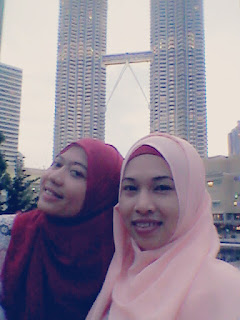 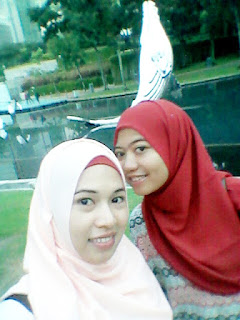 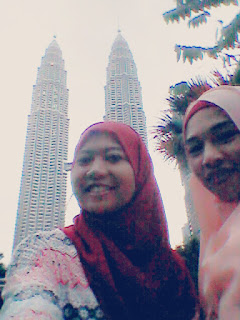 In addition to enjoying the dusk under the Petronas Tower, we are also waiting for the moment of the fountain dance under the tower. When night falls, the fountain attraction begins. But we were only there for a while and entered the mall in KLCC for dinner. 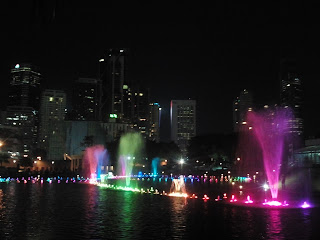 That night we enjoyed nasi lemak that we bought at the food court. That’s the menu with the cheapest price. Ha ha ha ha. We only understand backpacker with no luxurious things involved. Ha ha ha.

But still, thank God. See you on next post!