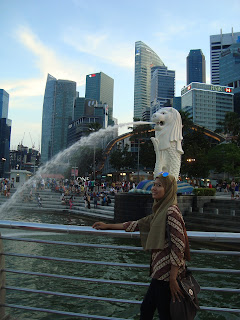 We only have one day touring Singapore. Due to the short time, we ended up visiting only a few places. After from Sentosa Island; Universal Studio and Madame TussaudsIndri and I are chasing time so we can quickly get to Merlion Park. It’s incomplete to go to Singapore without going to the most iconic place in this futuristic city-state.

Finally we have to catch up with time. Because at 20.00 we had to return the MRT card at Bugis Station. We bought an MRT card for a day trip. We also have to prepare a deposit. The security deposit will not be returned if the card is returned late. This means that our money will be forfeited. I don’t want to lose. His name is backpacker, must be economical.

Well, from Harbor Front Station in the basement of Vivo City Mall, we took the MRT with the aim of Raffles Place Station. We took the purple line to Punggol and got off at Outram Park Station. Continue on the green line to Raffles Place Station. From the station we took exit B and followed the Singapore River. It was late in the afternoon and many residents and tourists alike enjoyed the atmosphere of the Singapore River which is surrounded by old and historic buildings. In the vicinity are also many famous ice cream sandwich vendors. 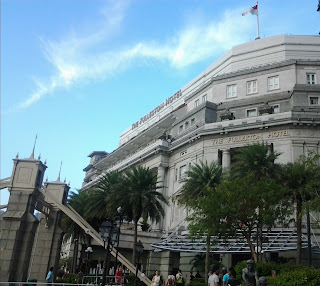 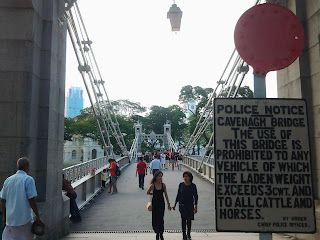 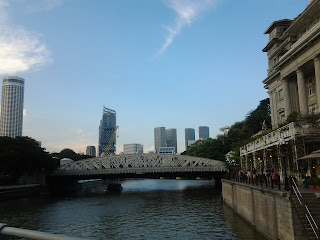 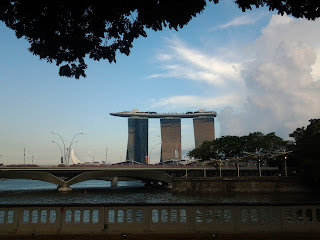 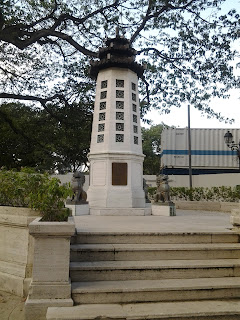 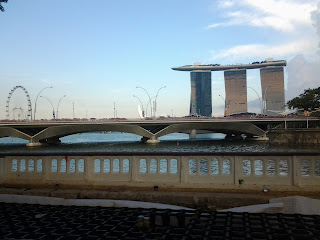 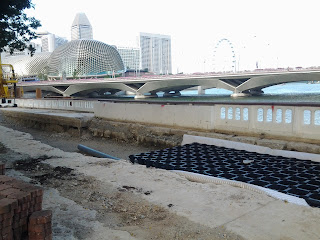 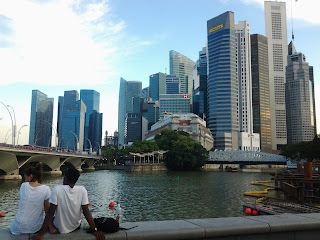 We crossed the Cavenagh Bridge towards the Merlion Park. The location is quite far. But we just enjoy walking to enjoy Singapore in the afternoon while enjoying ice cream.

Arriving around the Merlion Park area, the atmosphere is quite busy. As it was getting late, more and more people arrived. Everyone comes to enjoy the sunset and take photos against the iconic statue and Marina Bay Sand building on the opposite. Indri and I were no exception. When can we come back again. So take your photos.

Unfortunately we didn’t have time to go to Garden by the Bays and the Esplanade because we were in a hurry. God willing, next time. Hehehe 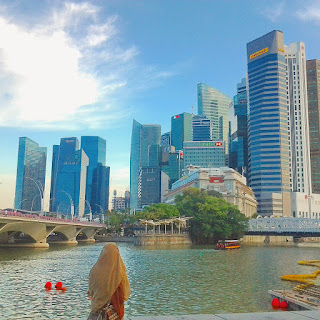 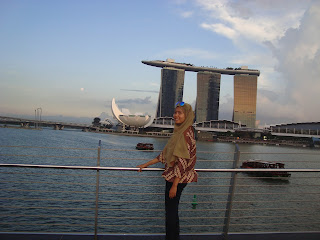 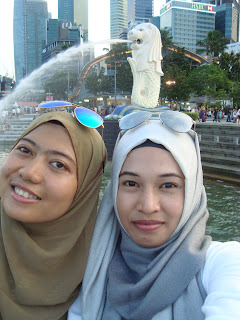 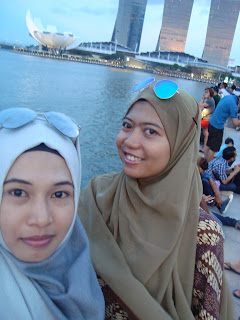 After maghrib, we returned. Take the green line again to Bugis Station. We return the MRT card and can be refunded. At night we took a thin walk around the hostel and did some shopping. Ha ha ha..

FYI, there are many shops and cafes around the hostel. The location is very touristy. For me, who doesn’t really like crowds, it’s not suitable. But because it’s cheap and according to budget, never mind.