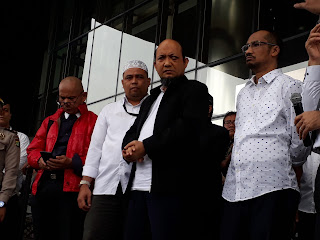 As an attack on a senior investigator from the Corruption Eradication Commission (KPK), Novel Baswedan became a news maker in April 2017. At that time I was still living and working in Mataram, Lombok. Everyone is talking about the novel that strangers have splashed with hard water on their face. I also empathize with what happened to this investigator known for his integrity.

At that time I just learned that Novel was attacked from my coverage coordinator at Suara NTB. I immediately opened a national online news portal.

I imagine that the media crew in Jakarta will focus on reporting it. I wondered if I could cover the watering case. But it was impossible because at that time a regional journalist. Hehe

When I started working in the national online media, I was assigned several times to cover at the KPK. And recently, he has often been assigned to the KPK.

I first covered Novel Baswedan, who at that time spoke via a video call in front of reporters on 11 October 2017. Through the video call, Novel, who was in Singapore at that time, reported on the development of his eye health. He also hopes that the perpetrators of the attack can be immediately arrested. As well as urging President Joko Widodo to form the Joint Fact Finding Team (TGPF).

Even though at that time it was only through voice, I was happy to be able to cover news on the development of the novel. Hehe .. I also hope that when Novel comes back to Indonesia I can cover it.

Alhamdulillah, on Thursday, February 22 2018, I was assigned to cover the KPK. Happy!

On Thursday morning, The atmosphere at the KPK’s Red and White House was busier than usual. Apart from journalists, the front lobby of the building was also filled with anti-corruption activists who would welcome Novel. There are also flower garlands and a ‘Welcome’ banner at the Kuningan Madya busway stop which is located right in front of the KPK building. 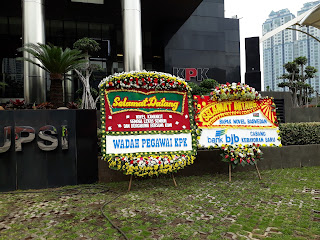 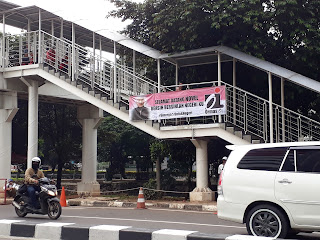 At 12.00 WIB, the media crew, whom I could not count, had lined up neatly and the cameras were arranged. There are also boundaries that cannot be crossed so that the process of taking photos by photographers is not disturbed. 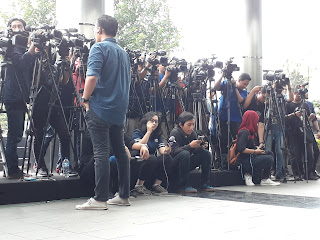 Those who cross the line will be cheered on by reporters. Hahahah. Anyway, excited. Suddenly, the detention car arrived and dropped off the Ngada Regent. They also shouted at the regent. Ha ha ha.

Baswedan novel arrived at the KPK building around 12.30. But at that time it didn’t appear because he prayed first. Only then at around 1:00 p.m. he came out of the back of the KPK building in a black Toyota Alphard. He was accompanied by the Deputy Chairman of the KPK, Laode M Syarif (the handsome man) and a KPK employee representative, Cak Harun. 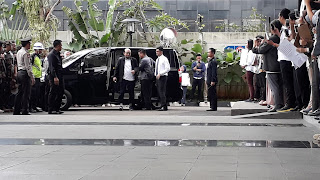 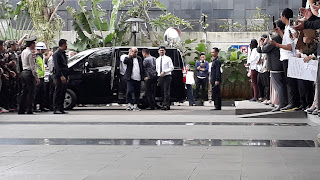 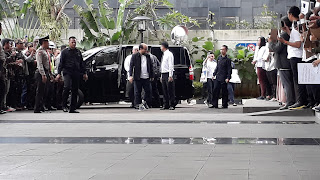 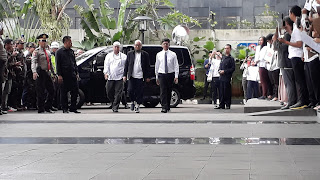 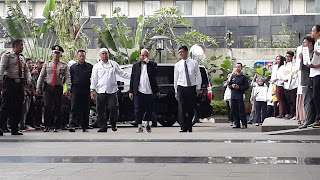 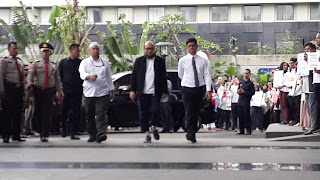 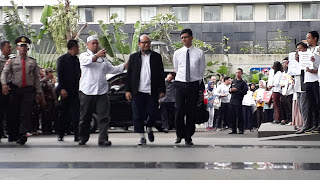 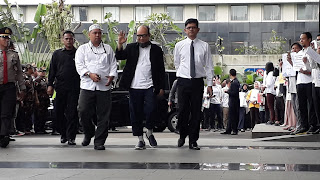 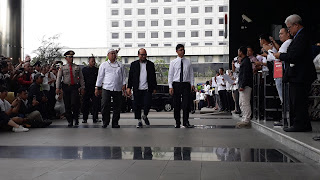 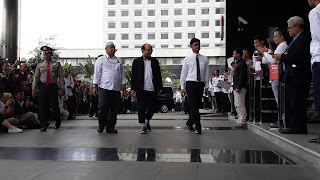 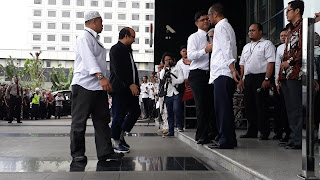 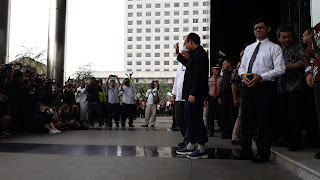 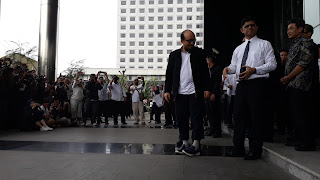 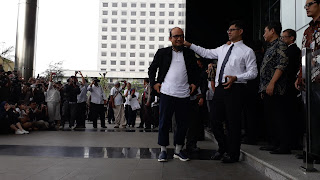 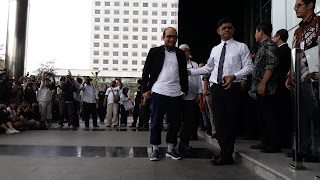 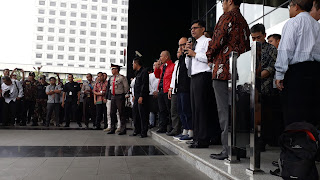 Finally my wish was fulfilled and I could see the novel directly. But I am sad to see the Novel’s left eye that is badly damaged by lecherous humans and criminals. It is unfortunate that until now the perpetrator has not been caught by the police. Moreover, the mastermind.

Even though his eye condition was badly damaged, Novel remained enthusiastic and transmitted strength to KPK employees so that they would not be afraid and afraid to fight against corruptors. The spirit of Mr. Novel. Hopefully recover soon and the perpetrator and the mastermind behind the terror to you will be sent to prison soon. #akuKPK 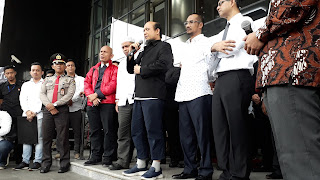