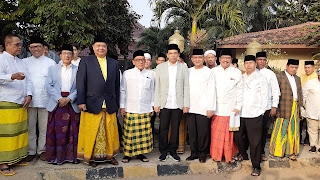 Eid al-Adha 1440 H coincides with the picket schedule, Sunday (11/8/2019). Finally I got back to my Eid al-Adha prayer coverage. This time, the task was to the same location as the previous Eid al-Fitr, namely the Golkar Party DPP Office, Kemanggisan, West Jakarta.

Leave early. GoJek and Grab can take a long time. Finally forced to use GoCar with ongkoa IDR 100,000. In order not to lose, it is claimed to the office to be replaced. Hehehe.

I am covering, alhamdulillah, I can pray Eid. This time the preacher was Tuan Guru Bajang M Zainul Majdi. The essence of his sermon is to convey that Islam is a religion that deeply glorifies humans, whatever their background, race, color, religion, ethnicity, the only difference is obedience to Allah SWT. In his sermon, TGB also said that Islam does not teach hate speech and racism. 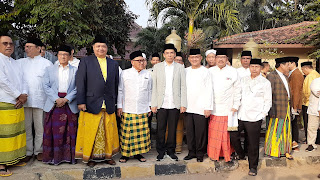 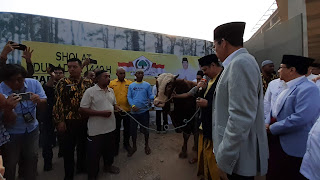 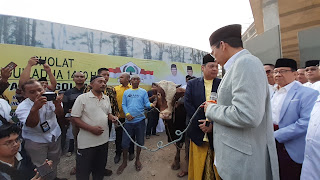 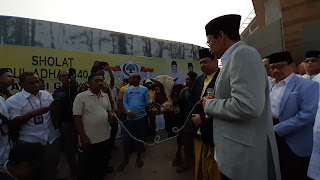 After the prayers, Airlangga Hartarto handed over the sacrificial animals to the representatives of the sacrificial committee of the Golkar Party DPP Chairman of the Korbid Publicity Committee, TGB. The number of cows sacrificed was 24 heads. Airlangga said, this is a symbol of hope that in 2024 Golkar can nominate its cadres in the presidential election contest.