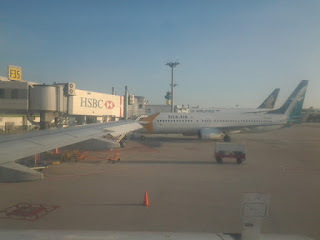 The last night in Singapore was spent shopping and packing. We had to get up early in the morning because our flight took an early morning flight to Surabaya using the airline Tiger Air. We left around three in the morning from the hostel to Changi Airport.

One of our goals to go home via Singapore because we want to see Changi Airport. Also because the Singapore-Surabaya-Lombok ticket is quite cheap, around IDR 1.2 million. From Surabaya to Lombok we use Citilink. 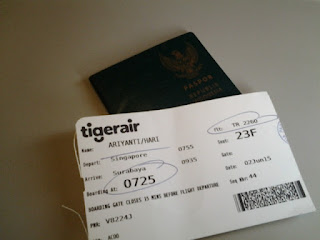 Woke up early in the morning, left for the airport at three in the morning, queued for check-in for about 1 hour or even almost two hours because the long queue made my stomach hungry. At that time I imagined fried indomie with fried egg and lots of chili slices. I really want to eat noodles.

After the check-in process is complete, we go upstairs to the waiting room. I decided to have breakfast at the cafe at the airport. Luckily there are noodles on the menu but it says “mee”. In my imagination, this must be similar to boiled noodles in Indonesia. Finally I ordered curry mee.

My hunger will soon disappear. It’s delicious to eat noodles in a cold airport. Slurrppp.

My expectations seem to be high. The reality is that the taste of the noodles I ordered just now missed my imagination. I also eat only two spoons. Maybe not to my taste. The sauce is thick, the noodles are a type of yellow noodle. There are bean sprouts, tofu, a sprinkling of green chilies and a boiled egg. The appearance is delicious but my tongue doesn’t match. 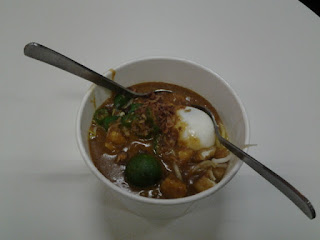 Because our flight is still long, we first took pictures in the orchid garden inside the airport. The airport is very magnificent. In the orchid garden, there is a koi fish pond and we can sit around it because a bench is provided. Soekarno-Hatta Airport’s Ultimate Terminal 3 has a design similar to Changi in my opinion. 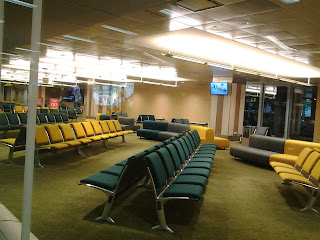 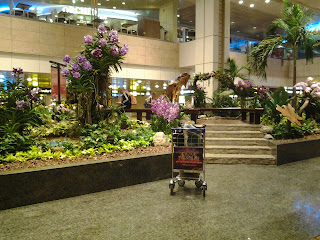 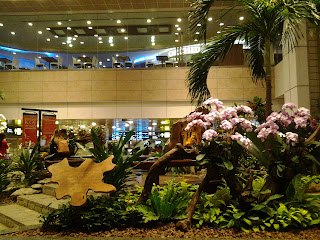 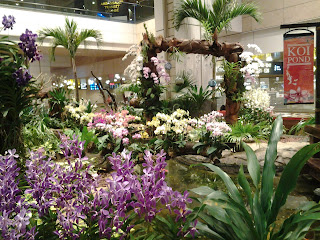 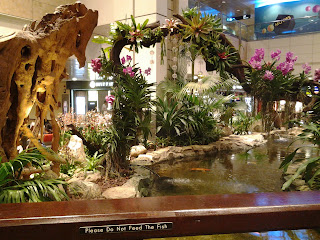 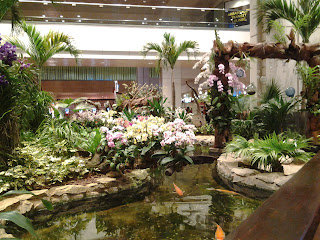 When I entered the examination room into the waiting room, my bag was unloaded because the x-ray machine was repeatedly beeping. It turned out that it was because of the small frames I bought. Alhamdulillah passed too. 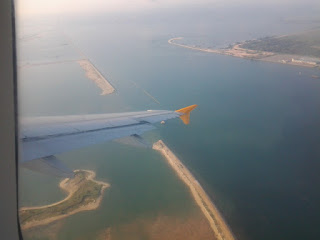 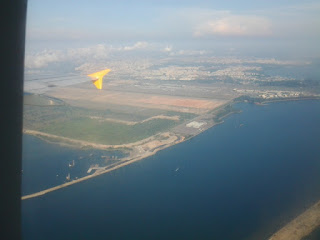 This is the last part of the story of my trip to Kuala Lumpur and Singapore at the end of May-June 2015. It’s been a long time, but I only have time to write it now. I just write for immortalizing my experiences.

Very enjoyable trip. The budget I spent was around Rp. 4 million, including tickets, accommodation and other costs. I don’t think it’s expensive. Well spent money. I prefer to buy experience than things.

Hopefully we can return to Singapore. I want to go to Bras Basah, Gardens by the Bay, Art Science Museum, and Little India.